Posted by on 11/13/2017
Share |
Tactical Rifleman Special Forces Assaulter Discusses the Tavor X95 Rifle
The gun that you are seeing in this video is the Sig Sauer P320 RX. This is a full size P320 Pistol that is close to what the US Army will be replacing the Beretta M9 pistol with. The Army will call their version of the P320 the M17, it will be the full size model like the one in video. It also will come in a FDE color and have an ambidextrous manual safety and unlike the RX variation that I have in the video this will not come with the Romeo One red dot sight. The new M17 beat out many other pistols including the model that Glock before is was picked earlier this year. I feeling for the biggest reason that this one beat out all the others is because of the modularity of this pistol. Like most others that were put up you can change the size of the grip, some all you could do was make the grip larger with add on panels not any smaller. With the Sig you can completely change the complete lower half of the pistol from a smaller to a larger size grip. I could also see the in the future the Military might also purchase different complete upper slides (with barrel) so that the M17 can then be changed to a compact or sub-compact model without have to purchase a different pistol all together. Because to the trigger pack being the serialized part of the weapon another thing that you can is change the caliber of the firearm by changing the complete upper slide and the magazine for the caliber of chose. I do not see the Military doing this to the M17. Currently Sig Sauer does have a voluntary safety recall and they are also updating the newer models before they ship out. The changes that are being made are a new trigger shoe that will have a thinner profile and reduced mass. Also the slide is updated that will feature a disconnect notch near the striker assembly. Both of these update changes are expected to refine functionality for the pistol and improve both its safety and performance.
Click the Link to take you to the YouTube Video.
https://youtu.be/nLW48Br9Imo
Previous Post
Next Post 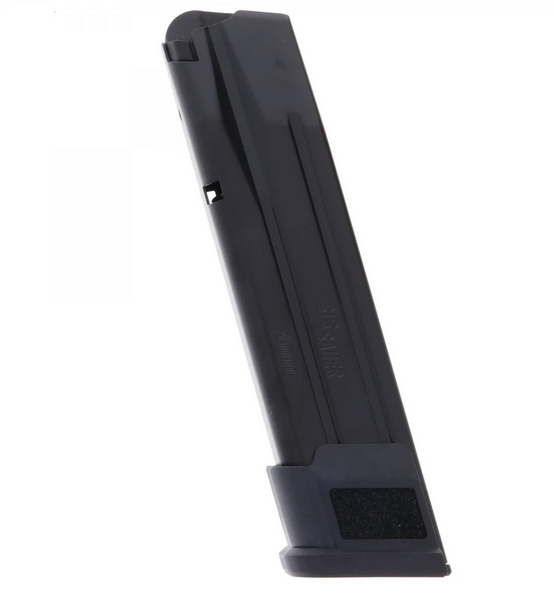