While I was at the NRA Convention, I was asked why many military units were trading in their 9mm MP5SDs and going to 300 Blackout. While I can neither confirm or deny what different units are doing or why they are doing it, I can share some of my personal thoughts. I like the 300BLK, compared to the 5.56mm round. It hits harder and is still capable of great performance when subsonic and suppressed. However, currently, as a battle round it is not as easily found as 5.56mm. Picture being in a gunfight, where you are the only guy there running a 300BLK. Everyone else is running 5.56mm. Now, you start running out of ammo, they can all share, but not you. That’s why some SF guys would actually run AKs when out patrolling with their indigenous counterparts. They then had one common round for everyone. So, lack of availability is an issue. Also, the 5.56mm is much more accurate at range. All that aside, the 300 BLK is a great combat round, like the 7.62x39 AK round. So, I hope more units do adopt it, as it will then be pushed into greater production. Till then, I’ll have fun handloading crazy subsonic loads and I’ll crush hogs with supersonic Controlled Chaos. So, I lean towards the 300BLK, but back to our viewer’s question… Again, just our opinion (not SOCOM’s) but we just happened to have filmed this video a couple of weeks before the NRA Convention. So, we bumped it up the Video Calendar a few weeks for our asking viewer. It shows the 300BLK with sexy Controlled Chaos ammo against standard 9mm ball. Not a “fair” test, right? Well, maybe not; but we were running the MP5SDs with 9mm ball and they are thinking about replacing the MP5SDs with a new gun AND new ammo. No one said combat was fair. Wait! I mentioned the 300BLK might replace the MP5SD, but we filmed the video with a Sig Sauer MPX? Yep. We were gonna film it with the MP-5 (T1G has several full-auto versions), but Pete Jones (Alan’s Arsenal) showed up with his sexy new MPX. Not being one to pass up shooting a new gun, I decided to use it in the video. The MPX is an awesome gun. If 9mm is your “round of choice,” and you’re trying to keep to just one caliber throughout your arsenal; then the Suppressed MPX is an excellent choice. It ran great the way Pete had it set up. All his guns run reliably, which is what really matters. For plinking, this gun was a gem and the 9mm ball is cheap.
Click the Link to take you to the YouTube Video.
https://youtu.be/XleB3VOXpV8
Previous Post
Next Post 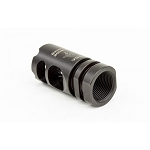